The Venture of the Indonesia’s Social Networking Niche 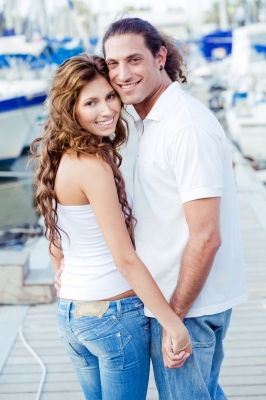 The internet era has made new lifestyle to the modern society. The characteristic of the internet services ease users in gaining information in a matter of click, thus the internet offers broad connection around the globe.

The broad connections it can offer trigger the boom of online social networks. In Indonesia, two social networks, facebook and twitter, are popular amongst others. Facebook realize the business potential as it open the branch in Jakarta a few months back. Zuckerberg’s success in making Business Empire through Facebook has made people see the lucrative side of the social networking sites.

Starting from the social networking point of view, the field of online friendship has broadened into several specific parts. In Indonesia, online dating sites are grown as more online entrepreneur sees the potential this niche can offer.

It was jomblo.com, one of Indonesia’s dating sites that started the venture in April 2013. The name “jomblo (“single” in English)” was chosen to attract general teenage users. From the name, it is easy to guess that the site is meant to help its members find their mates.

The owner, Darrick explain that the site was basically made to find new friends on the same hobbies and communities. Within the system, it will actively recommend members with the same interest to engage, with this system, Darrick hopes the members not having difficulties to build networks. The social site’s goal is to build positive communities with common interest through the use of internet. The system is named “profile matching” that enable users to share fun or inspirative experiences. In the end, users can see the life in more positive manners.

User can sign up easily by filling basic data and hobby on the site. This is the database being used to make “profile matching” in the whole system. Just like popular social networks, user can share their pictures, add friends and distribute other contents. The site also integrated with Facebook and Twitter.

The name “jomblo.com” was intentionally created for branding reason. Darrick has dig his wallet to acquire the domain jomblo.com in 2012. The price? Still secret until now.

Social network jomblo.com officially launched to public on September 2013. At the time, it has generated 9.000 registered users with 5.000 active users. Most of the users come from jabodetabek (Jakarta, Bogor, Depok, Tangerang, Bekasi) region.

Today, the active users of the social networking site have reached 32.000 accounts. The target for this year is 200.000 until 300.000 users. In the way to achieve the taget, jomblo.com available in Android and iOS thus users with smartphone gadget can easily access the site. The site noted that at least 1.000 users have downloaded the Android apps for the site while only a few on the iOS.

The expansions meet the obstacle. It is the technical error that makes profile updates little bit difficult for Android users’

Now, the site has implemented new feature like friend suggestion based on profile matching, friend search history, and profile picture. The long term target (for the next 3 years) is to reach 1 million users.

The site has run monetization plan. Advertising space and Paid services are the first two methods to be applied. The site’s twitter follower has reached 5.700 followers with Jakarta region dominate the origin of the followers. Other cities that becomes fan base of the site are Surabaya (10%), Bandung (7%), Yogyakarta (7%), Medan (5%) and Semarang (2,5%).

Darrick has an ambition to become the milestone of Indonesia’s start-up success on the field. He has managed to run campaign to the potential users and advertisers. As the site grows, it can enhance the number of the users in the region and around the globe.

A business consultant from proverb consulting has deemed that the social site has more potential that it is now. Such a social sites in the same period could have better performance in term of the number of the users. This mean, jomblo.com’s marketing channel has not performed their best work. Promotional effort should not only focus on digital media but also offline media such as magazine and newspaper. The reason is only one, to create brand awareness.

The paid services can also a risky step to take. Since it is social networking site it is better to keep free, thus if the site plan to generate money through paid membership program it must offer something special to the members, or else it just another dating site on the net.